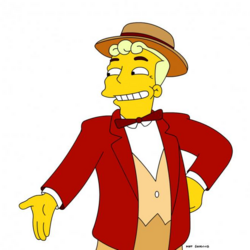 If you want to know how god awful Vietnam was, you don’t just throw on a DVD of Platoon and note that having arms blown off  looks a fate best avoided, you talk to someone who was actually there. Man.

Out there in the sweltering jungle, where you’re just as likely to be hit with enemy fire as you are contract an exotic fever that’ll make your innards fall out of your backside.

And so, we come, to Ben Foster.

Look, let’s not confuse the horrors of guerrilla warfare with an afternoon in moderately brisk North London town. The former United keeper may’ve had a challenging ninety-minutes on Saturday, in West Brom’s 4-0 walloping at the hands of a ruthless Spurs side, but no-one is suggesting it was akin to having the sky turn to liquid fire and rain down on your entire family.

Similarly, though, if you want to know how devastating Tottenham were this weekend, don’t wait for the highlights or to hear what the pundits thought in the studio, ask the man on the frontline. Ask the man who had 21 shots discharged at him over the course of the game. Ask Ben Foster. He was there, man:

“In all fairness that’s probably the best team I have played against,”

“Fair play to them, it’s just one we will have to move on from.”

It’s a measure of how slickly this footballing automaton has been moving these last few weeks, that Pulis’ traditionally unyielding Baggies were swatted away so easily.  Pochettino’s Spurs, thundering across the mudflats, one perfect gear change after another. Six Premier League wins in a row now, a club record equalled.

It wasn’t parochial indifference that encouraged Sky Sports’ Thierry Henry to suggest that Harry Kane could’ve had his hat-trick sewn up before half-time. He wasn’t saying it to be a smartarse, it was the truth. Spurs were so far in front it was verging on ridiculous.

The official Spurs Twitter account could even afford to joke after the game; their final scorecard read 1-1 instead 4-0, a nod to the club’s recent history of making life difficult for themselves against the West Midlanders. Most damagingly, last April, to all but hand the title to Leicester City.

No sign of such frustration on Saturday. No irritated Dele Alli, rabbit punching Claudio Yacob’s abdomen like the most dishonest back-alley slugger; the England midfielder dealt only in nutmegs and impudent scooped assists. Harry Kane’s third was a joyous thing to watch.

Are Spurs title candidates? If Pochettino can orchestrate a fourth straight victory over Man City next week, well, then we’ll talk.