By the time the single-term Champions arrive at The Lane tomorrow it’ll have been a whole ten days since our semi-tragic parp-parp-whoops exit from the Europa League. In that period, Arsenal and Everton will have played thrice and Chelsea and City on two occasions. These things rarely boil down to the machinations of a diary, of course, but with just five points betwixt 6th and 3rd even the smallest scheduling advantage could be crucial for the teams involved. It’s all about the little things, as I’m often told by the good lady- with no regard for my self-esteem whatsoever.

As well as giving a rest to the world-weary lambs who were put through the extra-time ringer in Switzerland last week, the enforced sabbatical has allowed a sizable hunk of downtime for the recuperating trio of Defoe, Lennon and multi-award nominee, Gareth Bale. While risking all three from the start would be a dick move in the extreme, the noise from the camps is that all are in contention. Here’s some of that noise now, in the form of words:

“All of them are in with a chance of making selection.”

“Gazza has been training for the last two days with the team and on his own since the beginning of the week.”

“He has made good progress from the beginning of the week to training with the team, so definitely will be up for selection.”

“We recognise the impact he has had for us. With the run that he is on it can have that factor.

“It is good having key players around and players who have been decisive, especially in this last part of the season is always inspirational for everyone. It’s good to have him back”

Phew! Well this team picks itself: 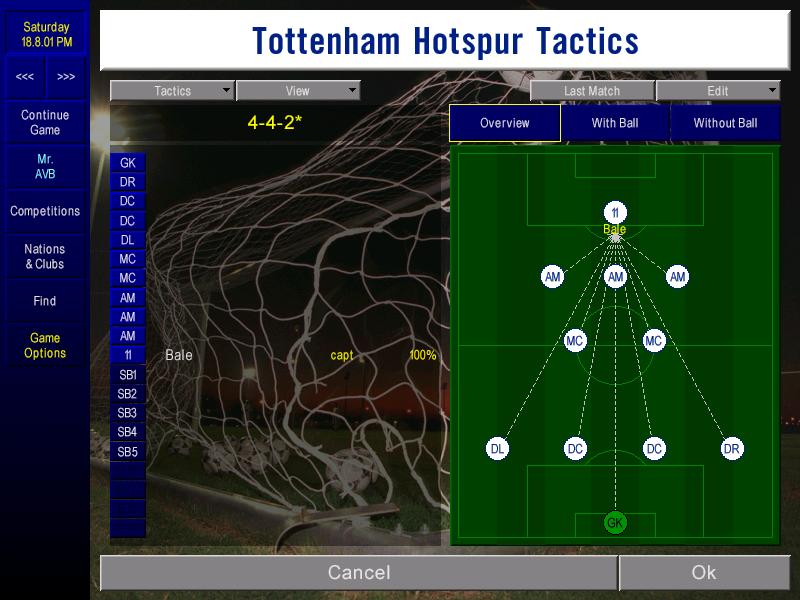 12 Responses to Chalkboard For City | The ‘One-Man Team’ Edition