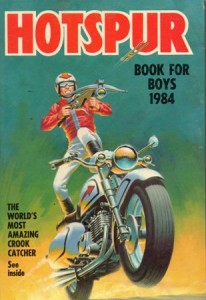 This fixture from last season will be most fondly remembered for Alex McLeish’s quite spellbinding teamsheet; riding fast and loose with Emile Heskey and Alan Hutton on the wings and four whole centre backs. It was the kind of morbid tactical blunderbussery that had become synonymous with the Scotsman’s reign in the Midlands. Adebayor knocked in two and appeared genuinely troubled that he didn’t get more. The possession stats were more lop-sided than pair of trousers hand-stitched by Mr. Magoo. Glorious times.

With Big ‘Eck long gone, it’s unlikely we’ll be afforded such a pre-emptive surrender from Villa today, which is a shame. Though the football is far from, well, good (Lambert’s a bright coach, yet have I seen any evidence he’s a miracle worker) they at least play with a degree of positivity- ie; endeavour to pass the thing- and the young chaps he’s drafted in appear committed, fearless and a darn sight easier to love. Banishing Alan Hutton to the nether worlds would’ve helped in this regard, also.

Adebayor might well get a chance to continue his Villa-themed scoring bluster this afternoon, having netted three in his last two against them. According to the vigilant folk at PhysioRoom.com, he’s a late fitness test away from being de-hamstrung, which will take some of the pressure off the boy Defoe should things not go swimmingly early doors. Even from the bench and half-fit, it’ll be nice to have options.

Anyone care to make a prediction? A prize for the closest guess. I think we should have too much for ’em.

27 Responses to Heroes and Villains | A Quickfire Preview