Afternoon, girls and boys. A full Technicolor Europa ding-dong in the offing later tonight, against Tromsø of Norway.

Our Scandinavian brothers aren’t strangers to the virtues of foggy London Town. Back in November 1997 they visited Stamford Bridge and got themselves done-busted by Ruud Gullit’s Chelsea at a rate of 7 (seven) goals to 1. Gianluca Vialli scored a hat-trick that evening and the pre-Russian Blues went on to win the Cup Winners’ Cup.

Meanwhile Spurs were employing Christian Gross and flirting with the idea of getting relegated.

Back here on earth and Andre Villas-Boas has been talking to the press this week about our upcoming schedule. Which, you could say, is a touch busy:

“After this game (against Tromso) we have not only the Sunday game but the Tuesday game, which I found as an incredible surprise,” he said.

“How can the game be scheduled after two days? This is putting the players’ career at risk and the risk of injuries.

“I can understand the reasons why our game against Aston Villa for the Capital One Cup was chosen to be on Tuesday, bearing in mind the other fixtures, but I find it absolutely incredible that we have to risk injuries to our players in a game we play on that Tuesday.”

While it does represent some serious fixture congestion, it sounds like the Big Football Computer has its cold, inanimate hands tied on this one, with Swansea and Arsenal in COC action on the Wednesday. What’s more, unless I’m mistaken, Spurs have themselves a bit of a squad these days. So I’m sure we’ll cope. 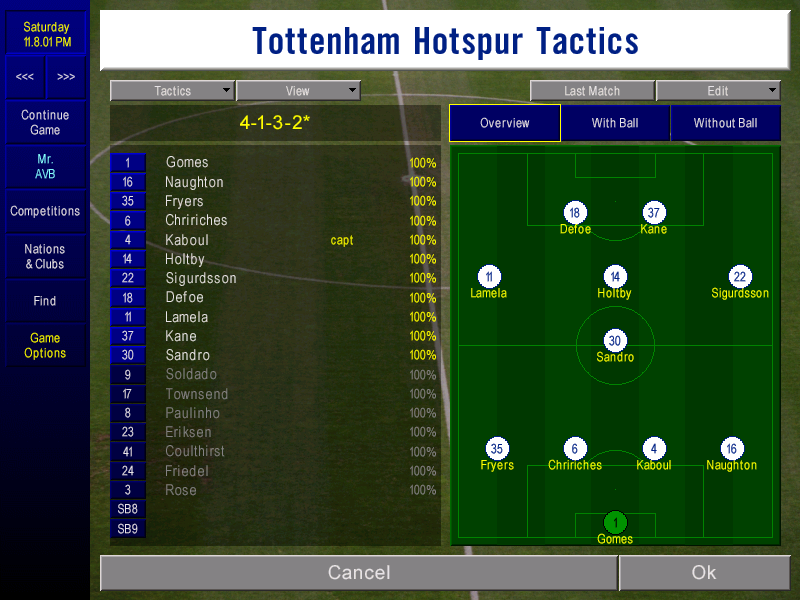 13 Responses to Chalkboard for Tromsø