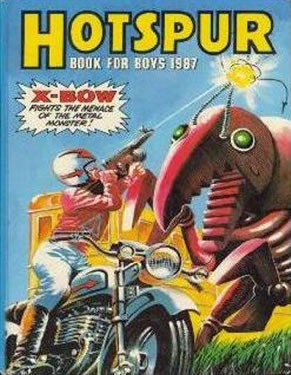 Well, it’s several hours into 2017 and as yet, none of the nation’s favourite music icons/comedians/actors/Cuban revolutionaries have hobbled of their mortal coils, so in that sense, it’s shaping up to be a barnstorming year.

2016 was a bonafide annus horribilis, no question. But, as someone remarked on Twitter the other day: if pushed, they’d guess 1916 might’ve been a touch worse.

Aaanyway, Tottenham played the Hornets of Hertfordshire today— as they’re certainly never called— and won by a handsome margin. To mark the occasion, here’re some insect-themed player ratings:

Lloris: Until the final ten minutes, many Spurs fans were burdened with a troubling thought: what if I never see Hugo Lloris’ face again? So uninvolved was the Gallic stopper, the memories of his features began to fade away like those of an old deceased relative. Then, to make things interesting, in the game’s last hurrahs, he nearly threw the ball into his own net. Oh there he is! Rating: Stick insect.

Trippier: His best performance in a Spurs shirt? Those two assists were undoubtedly of the highest order. A smart angled ball to Kane for the opener, followed by a whipped bouncing bomb of a cross for the England striker’s second. Barely tested defensively, so hard to make a claim for him to start against Chelsea. Rating: Purple emperor butterfly.

Wimmer: Decent enough. To try and rework a tired cliché: Kevin Wimmer has a delicate touch for someone with his dimensions. Shoved his considerable Austrian frame in the way of a Troy Deeney shot, seconds after Kane’s first goal. Reminds me of a large, artfully crafted wardrobe. Rating: Goliath beetle.

Alderweireld: Barely called upon. Indulged in a couple of trademark, inch-perfect diagonal rakers, either side of half-time. One landing perfectly on the sodden dome of Eric Dier. More on that later. Nothing else to report aside from two weird moments of indecision. A defensive header that was pitched exactly 180 degrees the wrong way and before that, choosing to tw*t the ball into touch with no Watford player within a meter of him. Maybe he’s ripped on Sudafed? Rating: Praying mantis.

Rose: Not a vintage afternoon for The League’s Best Defender According to Pedro. But then it didn’t need to be. Solid as calcite alabaster in the face of Watford’s half-arsed forays up the right channel. Ballooned a glorious chance at 0-0. Rating: Giraffe weevil.

Dier: Perhaps disorientated from tracking a ball for nearly eighty-yards, Dier had a wonderful chance to open the scoring, not long after Rose’s misfire. Instead, the England man opted to cushion Alderweireld’s pass into the path of Eriksen and there the move broke down. Evidently unaware that Gomes was positioned terribly and a gap to the far post had been exposed. Made a great saving tackle after the break to deny an increasingly frustrated Troy Deeney. Rating: Termite.

Wanyana: One of those occasions in which Spurs could’ve played without a defensive midfielder. An indication as to how little Watford were bothered about closing Tottenham down, or indeed basic marking, not once did the Kenyan’s legendary baggy touch get him into trouble. Rating: Drone ant.

Alli: Imperious. You know things are going well for Dele Alli when he’s swaggering about the pitch like he’s just hit the jackpot on the Spider-Man fruity uptown. Sleeves pulled over his hands, chasing every lost cause with boundless energy. It’s a joy to watch. Two goals, a glorious first-time ball to Trippier in the build-up to Kane’s second and a crossbar smacked. Not bad for an hour’s work. Rating: A super busy bee.

Son: Middling. It should’ve been him who scored the third goal of the day, just before half-time, or at least let Eriksen’s free-kick skip through to Harry Kane to complete his quick-ish-fire hat-trick. Instead he opted to volley just wide. Got clobbered hard in the second half and looked a bit mawkish thereafter. Rating: Firefly.

Eriksen: Also got clattered by one of Watford’s generic Big Lads. Like Dele Alli, was given the freedom of Hertfordshire for the day. Oddly the Dane didn’t actually do an awful lot with the vast expanses afforded to him. Not counting a few curiously placed passes. Didn’t seem to be quite on the same wavelength as his teammates. He might argue that’s their problem and not his. My notes here say ‘did a good tackle’. Rating: Moth.

Kane: The away fans serenaded the Boy from Chingford all afternoon with the big hits. It’s difficult to judge which sentiment they’re most allied to: that he’s one of their own or he scores when he wants? Either way it’s another two goals for Kane, courtesy of a pair of brutally efficient finishes. That’s 59 in 97 Premier League appearances for the wizard Harry. Remarkable. Rating: Wasp.