Transfer Bonanza: Is Levy Just Getting Warmed Up? 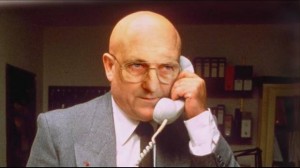 So the weekend came and went without the acquiring of any actual points as such; but in their stead an oddly cheerful sense that Tottenham did pretty okay considering the less-than normal circumstances of the occasion. Tough away game, new manager, new approach, new squad numbers, new haircuts, new, new new. It’s all new. And, while defeat triggered that familiar pang in my innards that any other loss would’ve, the hope that we’re at least on the right track (baby) is one that’s keeping me from unravelling like a cheap Pony tracksuit. We played well and on another day might’ve won.

As if just discovering that the season had in fact started, and, that, points in August do count- despite an unyielding belief to the contrary- Daniel Levy appears to have come to his senses early this week. First bit of business, the signing proper of one Emmanuel Adebayor. Plenty to marvel at with the deal; and not just the absolute rock-bottom price the chairman has eked out. Astonishingly, it also looks as if Man City will still be subsidising a portion of Togolese striker’s eye-watering income. Which is bloody decent of them, if you ask me. We must shop there again.

Going in t’other direction, it seems all most inevitable, is certified ‘ace bloke’ Michael Dawson. QPR the potential suitors, who’re willing to vomit up nearly ten million bones for the England international. A fine servant to the club, a super defender. Dare I say it, almost the complete…package?

I’m sure you’ll join me in wishing him all the best for the future.

Other incumbents of the departure lounge in this busy of busy weeks include Seb Bassong (he’s scarpered to Norwich) and, medical pending, Big Tommy Huddlestone. Who looks to be going to Stoke on loan. Rotten luck, that.

The wheels are starting to turn.

20 Responses to Transfer Bonanza: Is Levy Just Getting Warmed Up?