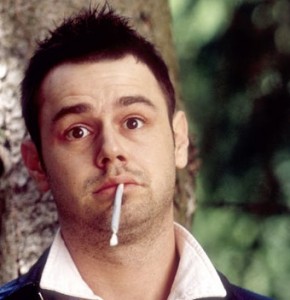 West Ham at the Boleyn Ground later and after last night’s annual Luvvies Gong Show what better way to mark the occasion than by taking a look at Hammers’ fan Danny Dyer’s latest celluloid release, Run For Your Wife. Taking no less than several pounds in its opening weekend, this gripping tale of a loveably monogamous cab driver who doesn’t much care for society’s rules, has been cruelly overlooked by The Academy this year; despite managing to nail at least six of the ten most relevant themes of our time; including what happens when you step on a garden rake and whether Christopher Biggins plus Lionel Blair (to the power of Neil Morrisey) really does equal box office gold.

Once you’ve thanked the appropriate higher powers that you weren’t involved in that motorway pile-up, we move on to the soccerball. Tottenham are in the increasingly familiar position of being able to leap-frog Chelsea this evening, should three points land in their possession at the expense of Big Sam’s Hammers.

It’s been a somewhat confusing season for the disciples of West Ham, one in which the only constant is the unpredictably of the performances. Sitting in the relative comfort of 13th (level with La Resurgent Néwcastle) they’ve picked up points in the most improbable of places since breaking free of the Championship, but countered this with several disappointing malfunctions against League dross.

Only last week did they follow their impressive win against Europe’s Swansea City with a horrible performance at Villa Park; a fixture for the most part that football historians will remember as The Game That Was Worse Than Almost Everything. They’ve drawn with City, thumped Chelsea; but also lost to Reading and been schooled by Sunderland. To misquote Milhouse, you never know which way this crazy team’s going to go!

Statistic-hater, Andre Villas-Boas, has one or two selection dilemmas ahead of tonight’s trip across town. At centre-back there’s the choice to involve Michael Dawson, whom might be best suited to negate the aerial and physical prowess of Andy Carroll and Kevin Nolan. Although Caulker and Vertonghen is the technically superior combination, they were a certified mess against the bigger boys of Leeds in the Cup and you’d imagine AVB would like to avoid a repeat of that. 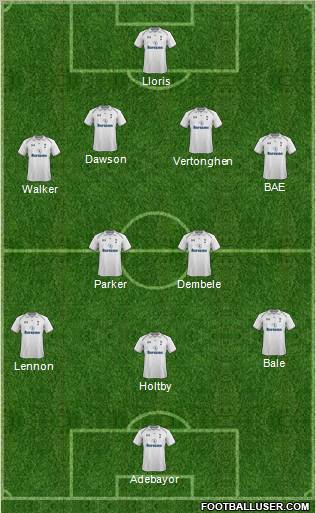