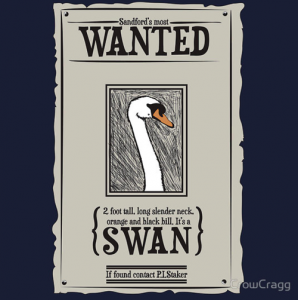 Welcome back, web-slingers. I hope the trauma of Please Don’t Get Broken week hasn’t withered your spirits too much. In the name of fun it might be handy for Tottenham if Swansea took the same casual, post-cup-winning attitude to the rest of the season as King, Jenas & Co. did back in 2008. That is: this football lark is all very well, chief, but it does rather get in the way of me tanking cava in an up-market discothèque while speculating whether flip-flips or sandals might be the way to go this summer. Not so much foot off the gas as parked up on the hard-shoulder and whipping out the egg sandwiches.

Indeed, Birmingham City took the whoopla a step further in 2011 and got themselves relegated- which is a bit over the top if you ask me.

Whether they’ve mentally signed off for the day or not- two losses out of three since Wembley- the Welsh have been magnificent this campaign. An imminently likeable bunch whose sharp-as-a-tack passing game has gained them many an admirer and steamrollered many an opponent. Heck, this blogger- perhaps hypnotized by the exotic Eurosexy charisma of Michael Laudrup- went as far as to suggest they could be regarded as Champions League contenders: before they inconveniently got pulverized by Liverpool and there the harebrained theory was taken out back and shot.

Good old fashioned winning is the name of the game for Tottenham and Andre Villas-Boas this weekend. Chelsea and Arsenal are treated to a decent but beatable Southampton and a flat-lining Nigel Adkins’ side respectively- so anything but maximum points could see us slip into 5th before the day is through. The trick to beating this lot- something we’ve managed twice in three games since their promotion- is squeezing the blighters like John Goodman squeezes frogs. Allowing the Mighty Swans time on the ball is an explicit negatron and, as such, the line-up should reflect a willingness to close down and hassle the home side’s ball-hogging stars. Plenty of energy and legs, then. Lewis Holtby, a fresh Scott Parker, Sigurdsson perhaps even Tom Carroll should be chewed over and considered for selection. Here’s how I’d line the chaps up. But what say you? 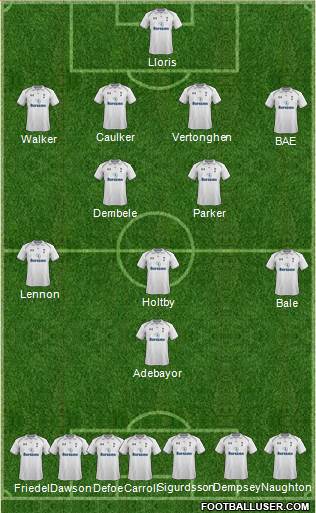