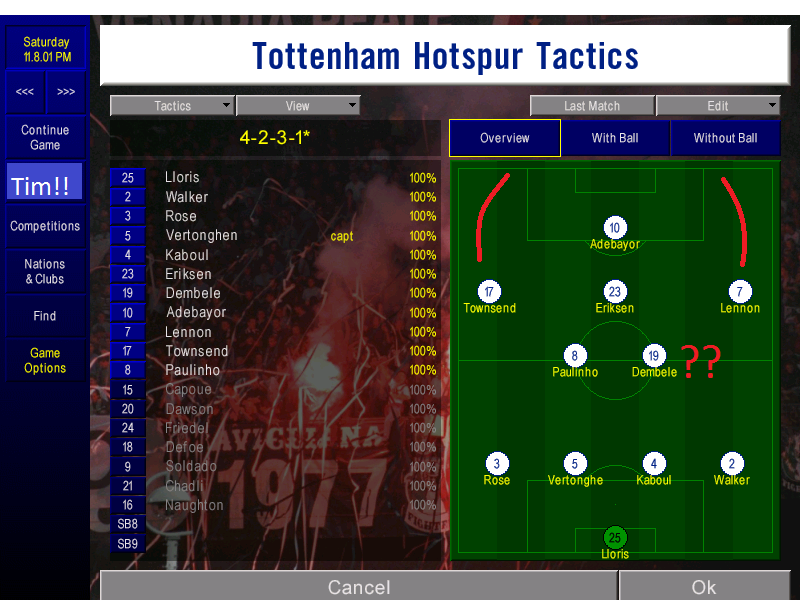 If the hope was that Roberto Soldado would return from Dnipro reinvigorated and plump with self-belief after clanging in a few goals against some below-par Euro-fodder- well, then, it hasn’t really gone to plan.

Instead the Spaniard will travel to East Anglia later, secure in the knowledge that if there was a way to push himself ahead of the free-scoring Adebayor and into Sherwood’s first-team plans; bouncing one off your shin-bone from a yard out while the goal posts yawn handsomely isnt’t it.

Nearly as bad as the Rosenthal miss, Tweeted an overjoyed Lord Sugar. This from the chairman who masterminded the deals of David Kerslake, Gary Doherty and, yes, Ronny Rosenthal during his time at Spurs. Who’re all nearly as bad as an e-mailer telephone.

Maybe Jan Vertonghen has it right that all Soldado needs is some serious game time and that the goals will surely follow. But if the 4th worst team in the division isn’t the one which Sherwood will trust him to perform against, then you do worry that the fixtures are running out for Old Bob-Bob. Particularly as no-one seems to be able to find a cure for Adebayor’s unrelenting bout of goal-fever. Clue: it’s boredom.

Meanwhile the cheerful souls in the press are forecasting an end to Chris Hughton’s reign at Norwich should today’s result go against him. The Mirror have helpfully suggested Neil Lennon as a possible replacement. Lennon, of course, made his name in England by being the man who once stopped the swinging boot of Alan Shearer with his face. Glory days, eh?

3 Responses to The Team to Face Norwich | Sideshow Bob Again?