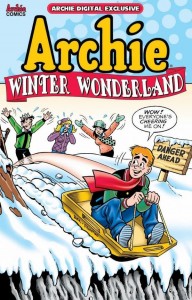 Good evening and greetings from the ice bunker. If you’re suffering from an acute case of frostbite of the derriére, why not let the latest guff and tommyrot from WFRF headquarters pump some much needed warmth into your breeches.

First up, a word or two on the United game. A draw is a result most would’ve taken before kick-off; indeed, Rio Ferdinand admitted that it was a scoreline the Manchester club themselves would’ve settled on. But a cursory glance at the lop-sided stats would suggest it’s the least we deserved.

Far from it being just a tale of skewed numbers, either; Spurs were the cannier beast going forward for much of the afternoon and had the absurd reflexes of half-goalkeeper-half-alpaca been a little less sharp, the eleventh-hour equalizer mightn’t have been so desperately welcome.

Of course Rooney was hoodwinked out of a penalty but it’s not like we don’t know how that goes. Geewizz.

Good to see Scotty Parker back in the fold. He looked rustier than an old toolbox at times but for his first start in ages he did remarkably well. A tireless shift punctuated by one ore two bone-shuddering challenges and a well-honed fondness of running the ball in a perfectly straight line. Business as usual. Welcome home, old boy.

Tip o’ the cap to Villas-Boas’, too, for a tactical jigger which saw BAE on for young Kyle Anti-Virus; giving us much more balance on the left. With little room for manoeuvre in the way of offensive options, it was nice to imagine a manager capable of thinking outside the box rather than just sit there under a blanker and wait for the answer to reveal itself. And it was Disco Benny’s cross which finally caused De Gea to drop a pudding for the leveller.

Quotes on a Scandal

“He’s not a real left-back and I don’t think he has the same left foot as me, so I’m not worried about that,”

Everyone’s favourite African funster, Benoit Assou-Ekotto, on his rivalry with Kyle Naughton. LOLZ. He says what we’re all thinking!

“They’ve got a great fan base, but this over-celebration of anything Andre Villas-Boas does smacks of desperation from a set of supporters who need something to cling on to.”

“There is a request from Tottenham. The offer is not acceptable.

But the transfer window is still open. Lewis has not become cheaper today.”

“It’s a difficult situation but that doesn’t mean that we won’t do anything in the transfer market. We are also aware of the risk that it entails though, so we’ll just have to be careful”

André on the prospect of recruiting another striker.

No mention of Gary Hooper but I’m sure it’s implied.