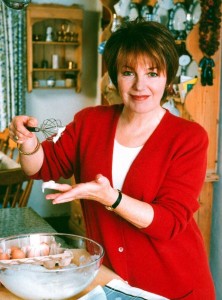 In the warmest possible terms, Spurs have found Norwich to be a maddening bunch of sh*ts since their return to the Premier League in 2011. Their list of offences include two draws, a League Cup exit and, in the final throes of ‘Arry Redknapp’s doomed stewardship, a home defeat so depressingly gut-socking, it made me wonder if my heart had been replaced with an old turnip, incapable of feeling love ever again.

It was with some joy, then, that this weekend’s triumph over Norfolk’s finest purveyors of Big League Kickball, coincided with our best performance of the campaign by some distance. An afternoon of total dominance and control from the chaps of Hotspur, littered with an array of fine individual displays.

Chief among those star performers was debutant Christian Eriksen, who had a wonderful game. With the sheer volume of new recruits this summer it would’ve been easy to get blasé when Tottenham announced the £11m-or-so capture of the Danish wonderkid, the third signing of that day, no-less. Another young, gifted midfielder, you say? Just chuck him on the pile with the rest of ‘em. It wasn’t until you saw the man in our colours- darting about the pitch, finding space, zipping passes- that you realised, hang on, Spurs have got Christian Bloody Eriksen!

Elsewhere, Danny Rose was excellent. One vital block and a last-ditch interception highlighted his skills as a defender as well as his knack for getting fizzy on the left-wing. There’s the argument that anything ‘last-ditch’ is a sign of incorrect positioning yadda-yadda, but let’s not get too finicky about what was, in the main, a superb outing.

Here’re some arbitrary player ratings as represented by varying forms of egg.

Jan Vertonghen: Eggs Benedict. Had time to make his own Hollandaise.

One Response to Player Ratings For Norwich | The ‘Good Egg’ Edition