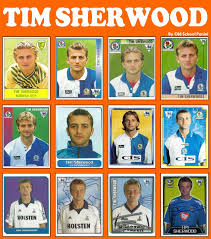 Forget ‘inverted racism’, English managers aren’t getting the top jobs because there’s a complete dearth of qualified candidates. And most supporters don’t seem to care, anyway.

Take a no-make-up selfie; hang a grubby sock from your genitals. Some sections of this nation’s media would like to alert you to a serious and worthwhile cause: the forever sorry plight of the young English coach. Give them a ruddy chance, seems to be the message coming from the most parochial of tub-thumpers in the kickball press, ignoring the fact that some of them have been given access to the inner sanctum of Premier League Managerdom in recent years, it just turns out that many of them weren’t very good. Yes, Tony Adams, you tired old horse, we’re looking at you. Have a carrot.

Tim Sherwood is the latest local hero to have been given an opportunity at a top level club, and, as you’d expect in mind of his credentials (Hertfordshire-born, prone to hurling his body-warmer around in paroxysms of fervent animation) is getting a fairly easy ride from the tabloid faps who yearn for a native success story. Never mind that not mincing words and being angry aren’t really recognized managerial facets, they’re just pleased that he’s keeping the Spurs job away from another one of them highfalutin foreign-sounding types.

The goodwill toward Sherwood has got to the point where even a solid thudding isn’t likely to attract any form of criticism from his cohorts in the press; if anything the praise is offered even more gladly. When Spurs were pumped 4-0 by Chelsea earlier this month, Daily Mail columnist (and friend of Sherwood) Jamie Redknapp highlighted the act of publicly berating his players as a reason for giving him the job on a permanent basis. His emotional outburst demonstrated that he was a Proper Football Man®. Being unbalanced and mental showed that he cared. That he had guts.

Meanwhile, another journalist used the term ‘inverted racism’ on Twitter a few weeks ago, when a casual observer noted that Tim Sherwood’s skillset appeared to be quite limited and that Louis Van Gaal might be the wiser choice for Spurs in the summer. The journalist then asked if Tim was too English for the sceptical onlooker, to which he replied, and we’re paraphrasing here: naw, he’s just sh*t. And this might be the gist of the damn thing.

The truth is that most football fans don’t much care what nationality their team’s coach is. It’s barely an afterthought; a mild source of intrigue, subsidiary to the important detail of is he any good? Until supporters’ want for success stops being their foremost concern then particulars like a man’s place of birth aren’t ever going to register. They’ll withstand a bounty of nonsense, if the team is winning and the manager is doing his job properly; kit colour changes, name changes, relocation. Having a Roberto in the dugout is fairly low on the list.

Of course, it would be unreasonable to think that the Premier League couldn’t aspire to emulate Serie A, Ligue 1 and the Bundesliga, wherein nearly every club is under indigenous command. After all it’s a damning and surprising statistic that only three English managers have won a domestic trophy since Joe Royle lifted the F.A Cup with Everton in 1995. But, as long as the numbers of qualified and adept home-grown coaches remain sparse, and, as long as fans are detached to the whole issue, chairmen will always look across the waters and boarders first.

And they can’t really be blamed, either. Take a passing glance at the current crop of homers in the Premier League; a vanilla flavoured who’s-who of weather-beaten journeymen and under-qualified lobby boys; Steve Bruce, Tim Sherwood, Garry Monk and Sam Allardyce. Not a major honour between them. With all the generosity in the world, at the highest level, there just isn’t the required talent in this country available. There’s disharmony in the footballing cosmos. The young English coach is in trouble. Please give generously.

3 Responses to Nationality Isn’t the Problem For English Coaches