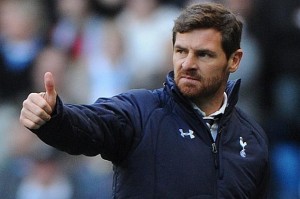 So, dearest reader, here we are. The end of another season and for the second year on the spin May 19th goes down as a miserable day in the diary for those connected with Tottenham Hotspur Football Club. In any other context, in any other footballing universe, apart- rather inconveniently- from the one we find ourselves a part of, this would be a time for triumphant celebration; having just recorded our best ever points total in the Premier League and highest number of wins. Instead we look back on an otherwise tremendous campaign with a modicum of regret that we couldn’t squeeze out another bloody point from somewhere, somehow. Everton away, Fulham at home, QPR away. Don’t even torture yourself.

In the end I was quite thankful the final day wasn’t cast in some dreadful Spurs-brand melodrama or that we weren’t socked by some heartbreaking thump of irony. Apart from the phantom goal at St James’ (seen only by Alan Sugar) things ran as you might have expected. Andre Marriner’s exotic interpretation of the rules of football was infuriating but not ultimately to our cost (although you could suggest it would’ve ratcheted up the pressure on Arsenal had they’d known we were winning). There was no ex-Spurs keeper throwing the ball into an empty net (Ben Alnwick’s brother stayed on the bench) and no Tottenham players bent double in the penalty area trying to hold in the contents of their bowels. We did everything that was asked of us: it’s just the team above did likewise and we came up short by the slenderest of margins.

I’m largely delighted with Andre Villas-Boas’ work as a coach. The injuries and summer departures have been well covered, but it shouldn’t be underestimated what the Immense Dimensioned One achieved in his first year at the club without seven- eight, you could argue- of the players who were so vital for Spurs last season. In one guise or another Kaboul, King, BAE, Parker, Sandro, Modric, Van der Vaart have either left or been sidelined for considerable stretches of the year. You could probably throw Adebayor into the group too, who, up until about a month ago, was either injured, in a different continent or just being straight-up appalling at football. And, while new players have been recruited and in some cases been improvements- Lloris, Vertonghen- that’s still a sizeable turnaround of clientele and not a lot of time to make it work. But work he has made it.

The summer we’ll be treated to another exhausting transfer odyssey, pertaining to the multi-award-winning Gareth Bale. Rumours of a new contract won’t do much to p*ss on the fires of speculation but in my loins, I’ve a feeling he’ll stay on for another year at least. While we might not be able to offer the platform of Champions League football to exhibit his astonishing talents, he does seem to enjoy himself at Tottenham and in Villas-Boas he has a coach who’ll get the very best out of him. If Wing Commander Levy can club together all his Nectar points in the warmer months and buy a word-beater or two, then the decision might be made even easier. Hey, things are looking up already. COYS.