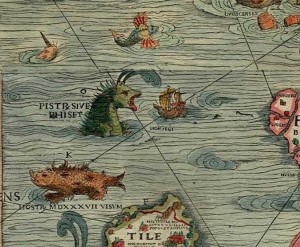 The international break has arrived at an ideal time for Spurs; although break is perhaps misleading as twelve of our senior players will be dispatched across the globe this weekend to turn out for their respective Motherlands- and, judging by the performance on Sunday, what some of these chaps need is a breather in its more traditional guises. One which involves being marooned on a floating lilo somewhere with a virgin pina-colada; rather than jetting off to Macedonia for a sticky World Cup qualifier. Alas, the struggles of the modern footballer.

The Big Fear at the moment is that it’s all just a little bit of history repeating itself for the Mighty Hotspur. Not without form in conceding supposedly unsurpassable leads, it was about this time last year that the ship’s wheel was beginning to twirl out of control while the Captain dreamt of England and a better life. Similar to last season, too- and it’s perhaps symptomatic of our very DNA- the minute someone from the outside world starts sounding the I–can’t-see-Spurs-finishing-outside-the-Top-Four klaxon, the underpants find their way atop the head and the inmates begin to panic. It’s happening again, boss!

While there might be a good deal of truth attached to this, you’d have to imagine the Fulham result was somewhat of an anomaly. A rotten day at the office. European hangover is a tired old chestnut but for the two-hours of aimless ball-chasing and slapstick defending in Milan on Thursday night, it can only have been a physically and mentally taxing experience for all involved. The effort it took to play that badly must have been tremendous. Indeed, Vertonghen and Dembélé looked exhausted against BMJ’s men and Scott Parker, at times, genuinely appeared to have turned to stone. But it’s not his fault he’s been required to play every game to its bitter end.

The question now is, whether you have faith in André Villas-Boas to ignore the hyperbole surrounding this mini-wobble and focus on the task in hand: sayin’ nu-uh to the haters and guiding us to the Champions League Party. Personally, I think AVB’s just the man for the job; a serious operator for whom focus and calm comes as naturally as a gravelled voice and a shiny, auburn pelt. If you remember all the Spurs in Turmoil tommyrot being pedalled in the media in August, it was Ol’ Twinkle Eyes who kept an aura of Fonzie cool around the club when the odd result went astray and the players duly responded. Even going to the trouble of beating United at Old Trafford just to prove things were under control. No big deal. There’s no denying that the run-in is a certifiable stinker but you get the impression that Villas-Boas and the players are more than up to it. So don’t despair just yet.

**To say ‘thank you’ to football fans’ amazing support throughout the Capital One Cup’s first season, Capital One is going to turn 1,000 fans into mini football figures check the app out here: http://bit.ly/Xlppk2