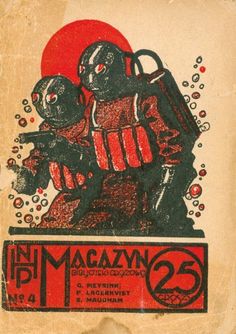 Luke Shaw is 22. I’m not sure why that fact surprised me when I punched his name into Google this morning, but it did. The way Jose Mourinho has flung the former-Southampton defender onto the metaphorical landfill site in the last twelve months, you’d guess he was some washed-up former youth star, waaay past his prime.  A cautionary tale for those child prodigies with the world at their feet, who wake up one day to realise they’re Theo Walcott.

But no, Luke Shaw is still 22. No age to have your career written off.

Mourinho has a history of prematurely cutting talent loose, of course. Two of the Premier League’s finest performers this season have been Kevin De Bruyne and Mohamed Salah. No arguments there. Two players, incidentally, who were sold by the Portuguese while at Chelsea. At roughly the same age as Shaw— Salah was 23.

It’s fair to say their lives haven’t suffered too much as a result of a Mourinho cold shoulder.

Still, United’s loss is potentially Tottenham’s gain. While the vinegary former-Madrid coach continues to shame his young fullback in public, routinely questioning his football smarts, mental strength, even his ability to function without Jose’s help, Mauricio Pochettino must be looking on with interest.

It seems like a logical fit. Indeed, Luke Shaw was at the height of his powers under Pochettino at Southampton. When they both left the club in the summer of 2014, Shaw was seen as one of England’s brightest emerging stars. Among a crop of homegrown players, which also included Jay Rodriguez, Adam Lallana and Nathaniel Clyne, that the Argentine coach had visibly improved and modernized in his time at St Mary’s.

Shaw appeared to hold Pochettino in the highest of regards, too. There’s a charming video of the pair playing a game of foot tennis together, in which the then teenager looks genuinely delighted under his mentor’s watch. After Pochettino left for Spurs, it’s no surprise the Southampton graduate felt the time was right for a move, too.

Pochettino rescuing Shaw has the whiff of an ideal reunion about it, particularly with Danny Rose almost openly declaring that he’d like to head the other way. But it’s perhaps not the mutual love-in we might think. Jose Mourinho, it seems, isn’t the only the coach to have noticed something lacking in Shaw’s mental architecture.

‘I felt his head was not in the right place [at Southampton] to make the sacrifices and decisions that are necessary at that age.’

Maybe the Manchester United boss was onto something. I’d wager that Pochettino is the man to get the best out of Luke Shaw, over time. The ‘stick’ method currently being deployed up at Old Trafford doesn’t seem to be working. But will Mauricio’s doubts about Shaw’s character curb his interest? There are other, less risky alternatives out there and that’s even before you point out that Ben Davies has been quietly excellent this season.