Could Luka Modric return to Spurs? 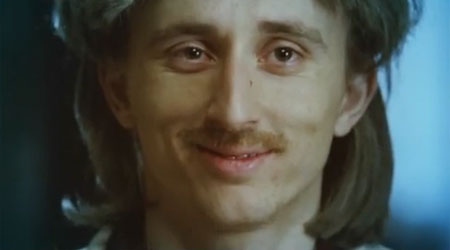 Modric on the move

Luka Modric is expected leave the Bernabeu for free this summer, after six trophy-burdened seasons at Real Madrid.

It’s been a tough old ride for the Croatian pocket-wizard. Just the 11 titles since joining Los Blancos back in 2012, including three Champions Leagues, two World Club Cups and a La Liga.

Much to the alarm of Spurs fans, Modric managed to win more silverware in seven minutes in the Spanish capital, than his former employers did in nearly a decade. His debut for Real, a triumphant Supercopa de España cameo against Barcelona.

As if there was any doubt that he’d made the right choice in moving to the heaviest of European heavyweights, within minutes of making his first team appearance, someone was putting a medal around his neck.

And they haven’t stopped handing out the prizes since.

Along with the fullness of the Honours section on his Wikipedia page, Modric has gradually developed into the world’s finest deep-lying playmaker and one of Real Madrid’s most influential players. ‘Luka is fundamental for us’, declared Zinedine Zidane, following the former Zagreb star’s return from knee injury last year.

From Marca‘s worst signing of 2012 to a FIFPro World XI regular, it’s been quite a journey for the Zadar native.

I guess we’ve got to assume that Modric is bored of winning things now, as some media outlets are suggesting that Tottenham could be a possible summer destination for the Croatian.

Inter Milan, powered by the financial might of their Chinese overlords, are also thought to be an interested party — along with Man United. José Mourinho signed Modric in his final season at Real and remains ‘a huge fan of the maestro,’ according to talkSPORT.

United fans will trust their current manager will have more chance of landing Modric than David Moyes. The Scot had a pop back in the summer of 2013, but weirdly his calls were never returned.

As is often the case, Spurs will struggle to compete with the fiscal brawn of their competitors. While Inter’s wage bill isn’t a huge drain on resources — around £100m per year compared to Tottenham’s £120m — United are a different proposition altogether. The Manchester club are behind only the Dallas Cowboys and the New York Yankees in a list of the richest sports teams on the planet.

But maybe Modric has developed a sense of adventure. A sense of romance.

Indeed, it’s been reported that he has some regrets about his lack of discernible success at Tottenham. Gareth Bale told the Evening Standard in September that they both felt their time in North London should’ve coincided with a period of trophy stockpiling for the club.

“When you look at the team we had at the time, we feel that we should have won something,” said the Welshman.

Well, perhaps Luka will want to exorcise some demons. He could finally be a part of a Spurs side that actually wins something. A former hero, kicking off a new era, in a brand new stadium.

What more satisfying narrative could you ask for?