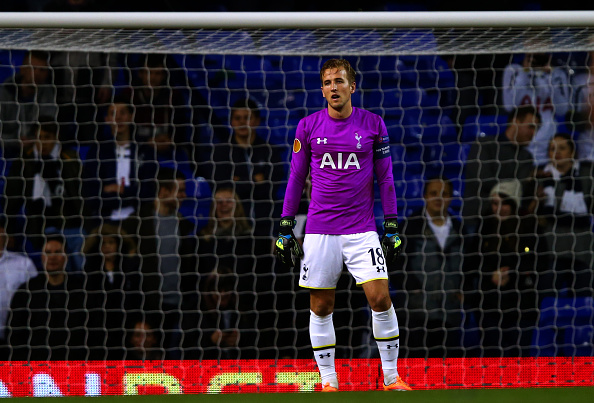 He’s just a one-season wonder, sang the giddy home support at White Hart Lane on Sunday afternoon, after Harry Kane had rolled his 19th League goal of the season past Everton’s Joel Robles.

That’s 68 in 105 Premier League games for the England forward now, only two behind Eric Cantona and one short of Luis Suárez in the post-1992 hall of fame.

As cathartic chants go, one that uncoils a middle finger to the opposition fans who thought Kane was just a Habsburg-jawed stable boy, enjoying a prolonged hot streak, well, it’s a pretty good one.

He’s just a three-season wonder, might be more accurate.

Most of the narrative before kick-off was focused on the clash of the two 23-year-old strikers, both trapped in heady bubbles of goal-scoring form. Harry Kane and Romelu Lukaku.

Ronald Koeman suggested that their talents were almost indistinguishable in his press notes this week. The Belgian’s rhino-strength would obviously trump most challengers and Kane might have the more refined technique, but otherwise, ‘I don’t see much difference’, the Dutch coach said.

He even mentioned that he’d be happy to sign Kane, should his prized asset decide there’s a future away from Merseyside. Which is awfully decent of him.

If the pair can be considered equals, however, for the opening 80-minutes on Sunday, it didn’t show. Albeit starved of any meaningful service from his creative allies, Ross Barkley and Tom Davies, Lukaku was an apparition, barely getting a touch inside Tottenham’s half, let alone the North London club’s penalty area.

Only in the game’s final throes did we see a glimpse of brand Romelu, when the Rupel Room youth product finished neatly after Jan Vertonghen had tried to exfoliate his face with the White Hart Lane turf.

Kane, on the other hand, exhibited perhaps his greatest strength. A capacity to score all types of goals. Liquid-nitrogen cool in one-on-one situations, as shown in his second of the afternoon, but just as likely to ping a 25-yarder if Gareth Barry will give him enough space on the dance floor. He really has every finish a modern striker could wish for at his disposal.