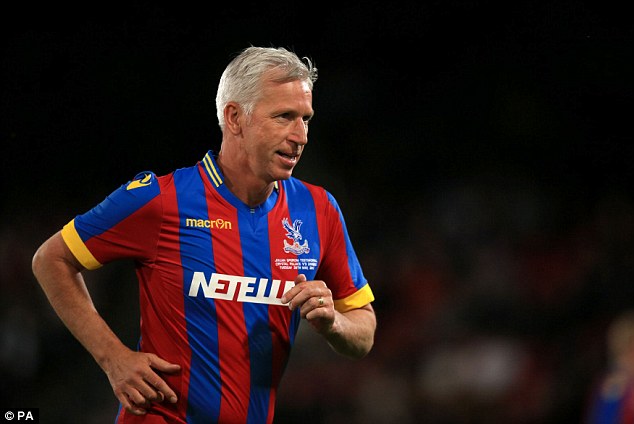 The F.A Cup Final, then. Crystal Palace versus Manchester United. Two teams lead my managers who both wield the hulking egos of one-time European Cup winners; but sadly only one of whom, actually is.

Alan Pardew has been waiting ten years for this moment to come again. As he nestles into his Wembley dug-out on Saturday afternoon, scans the panorama of excited fans and lugs a nostril full of late-Spring air, they’ll be one thought it in his mind: yeah, this is where I belong.

As a manager, Pards’ first stab at a major cup final came with West Ham in 2006 (he famously sent Palace to Wembley as a player with an extra-time winner against Liverpool in the 1990 semis) and he couldn’t have had a more painful introduction.

His side were moments away from getting their paws on the famous Cup until GERRRRAAAARD!!! happened and the Liverpool captain thirty-five-yard-walloped his way into Reds’ folklore.

United haven’t won the competition for 12 years. If Steven Gerrard was the eponymous hero of the 2006 final, 2004’s edition was very much the day that introduced Cristiano Ronaldo into the Big Time. Ruud Van Nistelrooy might’ve scored twice and picked up the MOTM award, but it was the Portuguese teenager who caught the eye with his criminally 90s haircut and outrageous showboating. A Dennis Wise player-managed Millwall were unable to get even within the same time-zone as Ronaldo and went down 3 goals to zip. 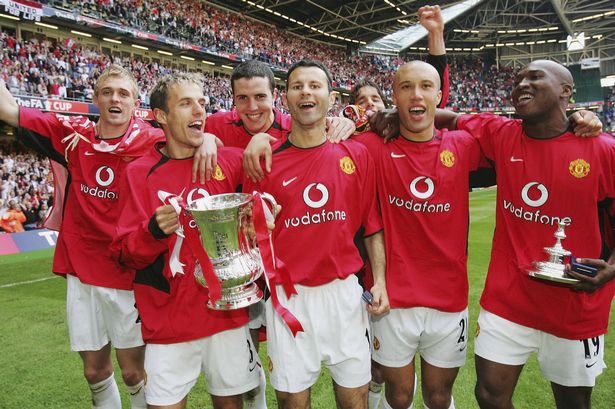 There’s a good chance that this will be Louis Van Gaal’s last game as United manager. Even if he lifts the Cup it will be difficult to imagine the board risking another season of spirit-sucking mediocrity, particularly with Jose Mourinho lurking in the shadows.

Whether the former Chelsea coach can satisfy the residents of Old Trafford’s appetite for swashbuckling, cavalier football, is a question for another day. Mourinho’s best asset at present is that he’s not LVG.

So who’ll come out on top? Crystal Palace, sponsored by MansionCasino owners of one of the biggest online casinos, will feel they can triumph, but the smart money is on United. Who, despite not setting the footballing landscape alight this season, have had a tendency to get things done in the F.A Cup. They don’t concede many, either. They finished with the joint-best defence in the League this campaign (level with Spurs) and with match-winners like Anthony Martial, Marcus Rashford and Wayne Rooney in their ranks, you can certainly see from where the decisive goals might arrive.